This is the second of a series of articles detailing significant changes for the 2021 Canadian Electrical Code Part I (CE Code) that may impact electrical equipment manufacturers. A full copy of the CE Code is available at https://www.csagroup.org/store/

The new Table 19 is easier for manufacturers to help establish an acceptable application for installation cables.   Table 19 was first introduced into the CE Code in the Sixth Edition Published in 1953. The first Table 19 was an expansion of Table 1 from the 1947 CE Code that was limited to Conductor Designation, Type, and Maximum Allowable Temperature. In the 1953 edition, Table 19 reference rules in Sections 12 only. In the 1958 CE Code Table 19 was expanded to include Conditions of Use, and Trade Designation, and to include rule references for Sections 4, 12, 16, 22, 26, 34, 36, and 38. Over the years more references were added as the table grew, resulting in the table referencing seventeen sections of the code in the 2009 Edition.  Between the 2009 and 2018 Editions of the CE Code rule references were moved to Section 12.  This change gave Section 12 the responsibility to maintain Table 19.  For the 2021 CE Code development cycle, a task group was established by the Section 12 Chair. This task group met once a month over eighteen months to develop a new Table 19.  The new Table 19 is easier to use, accurate, smaller, and has no notes.  The task group reviewed each insulated conductor and cable type for accuracy, and missing types and applications.  In addition, all of the 37 notes were removed.

Some of the notes were moved to rules in the body of the code, some were moved to Appendix B notes, and the rest were deleted as out-of-date references. One great outcome is that all the information for any type of insulated conductors or cables is located on a single page, making the table much easier to use.

As an example, all of the information for insulated conductors, such as RW90, can be found on the first page of the new Table 19.  Table 19 now has eight pages as follows:

The task group is not finished, we are now working on Tables 11 and D1 with the plan to have revisions for these tables ready for the 2024 CE Code.

The Table 19 Task Force members are: 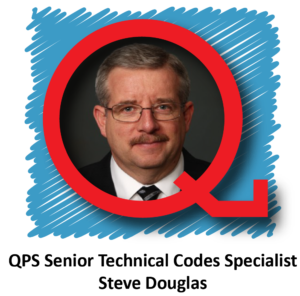 Steve Douglas is an IAEI International Past President. He is also the Senior Technical Codes Specialist for QPS Evaluation Services. As the International Association of Electrical Inspectors Representative on Part I and Part II of the Canadian Electrical Code, Steve is the Immediate Past Vice Chair of the CE Code Part I, Chair of CE Code Part I Subcommittees for Section 2, and 12, and a member on Sections 8, 40, 64, 68, 76 and Appendix A. In addition Steve is the Chair of the Subcommittees for the CSA Standards C22.2 No. 273 Cablebus, C22.2 No. 327 HDPE Conduit, C22.6 No. 1, Electrical Inspection Code for Existing Residential Occupancies committee, SPE-1000 Subcommittee, the Chair of the Technical Committee on Wind Turbines, and a member on committees for the Objective Based Industrial Electrical Code, Safety Management Systems, Solar Photovoltaic Modules, Industrial control panels and assemblies, Photovoltaic Cable, Fuel Cells, Wind Turbines, Distribution transformers, Outlet Boxes, and Wiring Fittings Hardware and Positioning Devices.